Tobin Bell will reprise his signature role as John Kramer as Lionsgate and Twisted Pictures prepare to go into production later this month on the next installment of the billion-dollar Saw franchise, with the new film slated for release on October 27, 2023.

The upcoming sequel will be directed by Kevin Greutert, who also helmed both Saw VI and Saw: The Final Chapter and edited Saw I through V and Jigsaw.

While details on the plot and characters of next year’s film are currently being kept under wraps, the announcement promises will “capture their hearts — and other body parts — with all-new twisted, ingenious traps and a new mystery to solve.”

The character of Jigsaw was memorably killed off in Saw III way back in 2006, with the character popping up in flashbacks throughout subsequent installments of the franchises

“We have been listening to what the fans have been asking for and are hard at work planning a movie that Saw aficionados and horror fans alike will love. And part of that is giving the reins to Kevin Greutert, director of Saw VI, which is still one of the fans’ favorites in the entire series. More details will be revealed soon.”

The most recent Saw installment was titled Spiral, which was released in 2021 and starred Chris Rock, Max Minghella, and Samuel L. Jackson. Written by Stolberg and Goldfinger, the horror feature was directed by Darren Lynn Bousman, who previously helmed Saw II, Saw III, and Saw IV.

It seems Jigsaw may figure more prominently into the tenth installment of the franchise than he has in a long time, which should excite longtime fans of the gruesome saga. 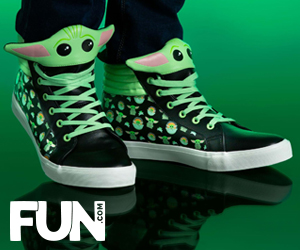